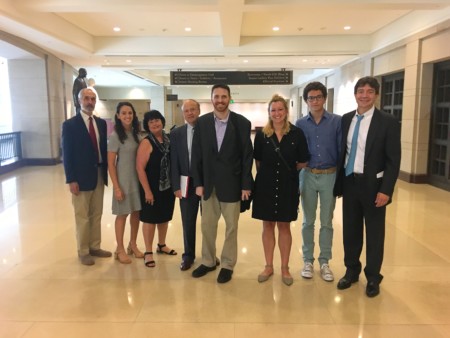 The Asbestos Disease Awareness Organization (ADAO), the largest nonprofit dedicated to preventing asbestos-caused diseases, held its 14th annual briefing with Congressional staffers on August 27, 2019. The briefing, “Impact of Asbestos on Public Health, Environment, and Economy,” drew nearly 60 staffers representing Senators from both the Democratic and Republican parties from nearly 30 states. We began the briefing with a dedication to Vicky and a moment of silence.

ADAO was joined by a distinguished panel of speakers who addressed the impact of asbestos on both people’s lives and livelihoods. The group included:

This year marks the 30th anniversary of the EPA’s failure to successfully ban asbestos in 1989. Since then, more than one million Americans have died from asbestos-related diseases — all of which are preventable.

“Today, the evidence that asbestos causes cancer is irrefutable,” said Dr. Flores at the briefing. “We didn’t know when we used it originally, but today we know better. Today this is happening and it’s happening on our watch.” 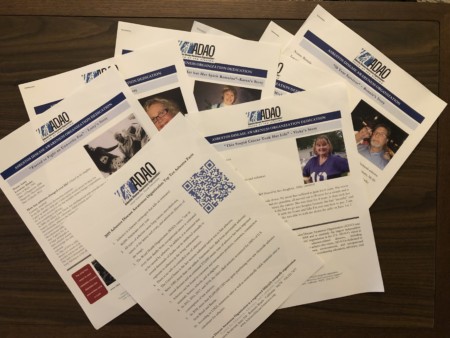 Our incredible speakers were able to discuss the economic, personal and environmental toll asbestos takes on U.S. citizens. In addition to hearing from these experts and patients, staffers received “Share Your Story” submissions from their states.

After the briefing, the ADAO team met with a member from Senate Minority Leader Chuck Schumer’s staff, to discuss ADAO’s new “ADAO 2019 Chlor-Alkali Report”. This report predominantly highlights the chlor-alkali industry as the only remaining industry to import and use raw asbestos in the United States. This year, the industry received its asbestos solely from Russia.

“If we’re still importing [asbestos], we’re still at the same point we were back in the 80s. It’s 2019 – how can we be that far behind in something we know causes incurable cancer–that causes insurmountable suffering to people and families?” asked Mike Mattmuller, who was diagnosed with mesothelioma in 2011. 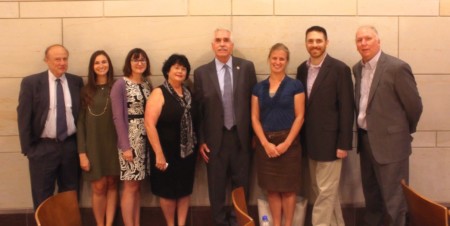 This briefing followed the news that the White House will spend $250,000 to remove asbestos from its West Wing, which will force a number of senior aides, including Ivanka Trump and Stephen Miller, to relocate for the time being. This removal comes despite the fact that President Trump has repeatedly voiced his support for asbestos. Our briefing shed light on the dichotomy between Trump’s policy and practice; emphasizing that American citizens need the same protection as White House officials.

The May 8, 2019 U.S. House of Representative legislative “Ban Asbestos Now: Taking Action To Save Lives And Livelihoods” hearing and our briefing confirmed that there is bipartisan concern about asbestos and growing support for enacting policies for prevention. ADAO is excited to see the Alan Reinstein Ban Asbestos Now Act move out of the Energy and Commerce Committee with bipartisan support and onto the floor for a vote to pass this important bill.

Together, we are making change happen.