The Daily Mail – Killed by a hug from her father: Mother-of-three who contracted cancer from ship worker’s asbestos-covered overalls as a child dies aged 53 (June 10)

A message from Debbie’s family (June 11)

Brit Safe interview with Debbie Brewer: “You don’t bring your children up to be your carer ” a life with Mesothelioma by Chris Burton (November 2012)

“Debbie Brewer had a zest for life, was a courageous mesothelioma warrior, set the standard for what a mesothelioma warrior is, guided all of us along her final journey and through it all gave us humor, humbleness, courage, guidance, love, inspiration, and above all herself. We must ban asbestos now so that future generations of warriors will not exist. And for all those current warriors keep up your fight and stand tall as did Debbie for all who suffer from an asbestos-induced affliction. I love you all and hope I can continue to honor Debbie and each of you by working at bringing a Global Ban on Asbestos to be a reality. It was a gift to know Debbie. All my love to Debbie’s family, she was a wonderful woman. Thank you Debbie, I will miss your witty Facebook entries and will miss you at our ADAO meeting, but know you will never be far from our thoughts.” Love, Dr. Richard A. Lemen, Former Assistant Surgeon General, United States (ret). and ADAO Science Advisory Co-Chair

We are celebrating the life of an amazing woman, Debbie, who lost her courageous mesothelioma battle today. Debbie has left us with remarkable gifts of hope and friendship, along with a lasting legacy of her work to raise asbestos and mesothelioma awareness.  I remember the first time I met Debbie at the June Hancock Mesothelioma Patient and Carer conference in 2008. I heard her passion and powerful presentation that still echoes in my heart and mind.  We instantly became friends.

When Debbie was in hospice, she wanted us to be strong and positive and it is no different now.  As the entire ADAO community grieves with her family and friends, we must also set aside time to embrace the joy of her memory and recommit to education and community.

Debbie was born in Plymouth, UK in 1959, the eldest of four daughters. She became sick with mesothelioma due to exposure to asbestos from the clothing her father wore home from work. Between 1963 and 1966, her father worked for the Ministry of Defense, where he removed asbestos from pipes without being given any protective clothing. He unknowingly brought that asbestos, a known carcinogen, home on his clothes and exposed his family. Asbestos diseases often don’t occur until decades after the exposure. Debbie’s father died of asbestos-related disease in 2006, not knowing that his beloved daughter was already sick with mesothelioma. Debbie began having symptoms in 1994, but wasn’t diagnosed until November 2006. By then, she recognized that her illness, like her father’s, came from asbestos exposure. 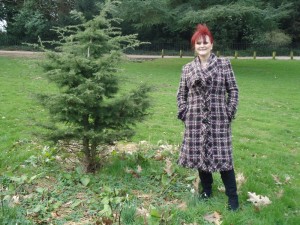 Debbie knew of no one other than her father who suffered from asbestos disease. Her feeling of isolation was intense and almost overwhelming. While there was a growing amount of information about the pathology of the disease on the Internet, there was little information on how to deal with the great emotional toll that comes with diagnosis. What Debbie wanted more than anything was to talk to someone who could relate. In the years following her diagnosis, Debbie built a community for those suffering the same emotional issues. She helped thousands of people through her website and other outreach activities. Debbie’s story – “Mesothelioma and Me” – was featured on the ADAO website.

Last year, ADAO recognized Debbie with the 2012 Alan Reinstein Award for her extraordinary commitment to education, advocacy, and personal support to countless patients and families. “I know how important it is for people to talk to others who are going through the same emotional rollercoaster,” she said. “My website is for anyone who is affected by mesothelioma – whether they are patients, caretakers, family, or friends – to share their stories and find support.” She built a mesothelioma support community, where she introduced new members to helpful Facebook groups and helped them navigate the personal side of the disease.  Debbie’s blogs “Mesothelioma and Me” were read and shared around the world. 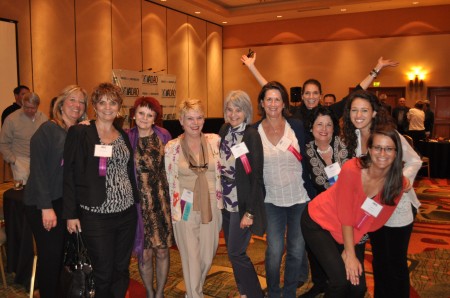 “I am proud to be a part of something so strong that the world is starting to listen,” Debbie said.  “And I am most proud of the support I get every single day. I have met so many wonderful and courageous people who give me the strength to fight on. ADAO, especially, has been very instrumental in giving a voice to the Meso Warrior. The strength felt with this group is worldwide. It’s extremely satisfying to see how something so sad has been turned into an incredibly positive and determined message. We are making a difference.”

Those close to Debbie knew her as a kind, upbeat, intelligent, and impressively motivated woman.  She was extraordinarily generous, remarkably brave, and willing to speak the truth. Debbie believed that by sharing our stories, we raise awareness, and she built a great community for us to do that.

The loss of Debbie to mesothelioma, an entirely preventable and senseless disease, reinforces why we continue our fight for a global asbestos ban.  We stand united and continue to fight because we understand asbestos is about loss – personal and collective. It devastates victims, families and communities, and ADAO will continue to seek to prevent this senseless destruction from occurring to others.

As Debbie posted, “When you light a candle, the angels always gather.” Please join me and light a candle for Debbie at http://bit.ly/PAx6gZ.

On behalf of ADAO, we send our deepest condolences to Debbie’s children, Richard, Siobhan, and Kieran, her family, and friends.  As I am drying my tears, I am looking into our future, to a world where there is a complete and total ban of asbestos and no one has to know the pain Debbie and so many of us have felt. But I do also know that Debbie’s light will shine on.

Debbie dedicated much of her life giving asbestos victims a voice and raising public awareness about the dangers of asbestos exposure and mesothelioma. Many have been inquiring about where to donate on Debbie’s behalf, below are a few of the charities Debbie spoke most strongly about: