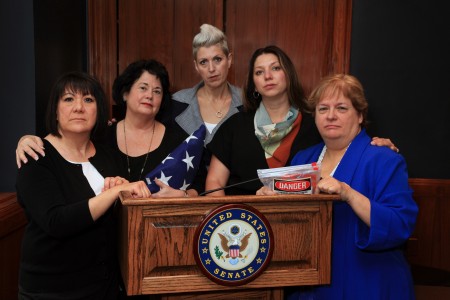 In an article by Bloomberg BNA entitled, “Ability to Ban Asbestos Is Litmus Test for New ‘TSCA’” journalist Pat Rizzuto quoted myself stating that “legislation to amend the Toxic Substances Control Act must ensure that the Environmental Protection Agency can ban asbestos.”

After the briefing, the ADAO Dream Team met with staffers from nearly ten offices to continue our ongoing dialogue of preventing asbestos exposure in order to eliminate occupational and environmental asbestos-related diseases. During our meetings, Senate staffers learned that asbestos is still legal in the United States as well as continuing imports. The Legislative Aids heard how mesothelioma victims would be negatively affected by the FACT Act, including delayed asbestos victims’ compensation, jeopardized security, and divulged personal information.  The ADAO Team passionately shared their stories, expressed their opinions of preventing asbestos exposure to eliminate asbestos-caused diseases, and voiced their opposition to the FACT Act (S.357). 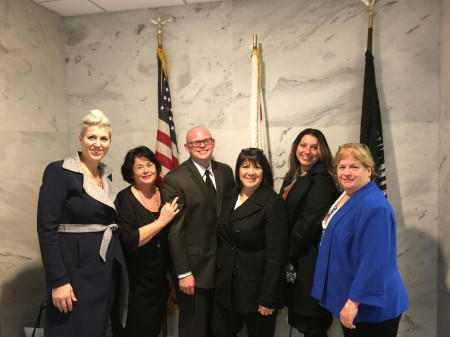 Panelist, Heather Von St. James commented, “Coming to the Capitol and doing these briefings and meetings with ADAO give me such a feeling of making a difference. I feel like we are moving things forward in not only asbestos legislation but awareness at a grass roots level. It’s a wonderful thing to represent the many asbestos victims throughout the country and use my voice for them.”

In order to properly assure ADAO’s message was heard by all Senator staffers we have hand-delivered their constituents’ powerful and personal “Share Your Story” to their offices.

ADAO is very grateful to Senator Durbin (D-IL), a long-standing supporter of asbestos victims, and his staffers for helping us obtain the Staff Briefing room. A special thanks also to noted professional photojournalist, Earl Dotter, who captured the event’s energy and passion through his amazing photographs.

We are extending a huge thank you to our Dream Team participants for taking the time to travel to Washington. DC and helping increase asbestos victims’ strength and presence through sharing their heartfelt stories

Although we made incredible progress on this Washington, DC trip, there is so much more to do to educate Congress:

We are being heard and confirm again, that together, we can make change happen.