Skip to content
Home/Blog/ADAO Senate Briefing Executive Summary, “Asbestos: The Impact on Public Health, the Environment, and the Economy”

ADAO Senate Briefing Executive Summary, “Asbestos: The Impact on Public Health, the Environment, and the Economy” 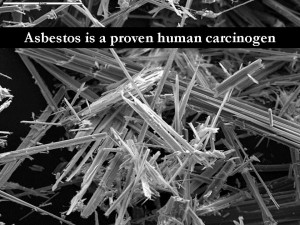 Asbestos cancer and respiratory diseases claim the lives of more than 10,000 Americans each year. The deadly hazard of asbestos has been known for decades; the Environmental Protection Agency and U.S. Surgeon General have declared that there is no safe level of exposure to asbestos. Even limited exposure over a short period of time can lead to disease decades later. More than 55 countries worldwide have banned asbestos; although safe substitutes exist, the United States has still not done so.

1)      The World Health Organization, United States Environmental Protection Agency, and U.S. Surgeon General agree: asbestos is a human carcinogen and there is no safe level of asbestos exposure.

2)      In industrialized nations, nearly one in three people with mesothelioma have no history of workplace exposure to asbestos.

4)      The attics and walls of an estimated 30 million U.S. homes were insulated with Zonolite.

1)      Asbestos is a group of six naturally occurring minerals that in the past was used for 3-4,000 products.

2)      All forms of asbestos, including the five amphiboles and chrysotile can all cause asbestos-related disease.

3)      There are two classes of disease.  The non-malignant diseases are variable, but the most important, asbestosis (scarring of lung tissue), has caused up to 10% of deaths in some groups.  The cancers (lung, mesothelioma, larynx, and others) are a major source of death for exposed individuals.

1)      The US still imports asbestos from Canada and asbestos products from a large number of countries.  Monitoring of asbestos product imports for OSHA cancer labeling is needed.

2)      There are safer substitutes to asbestos that provide equal functionality at comparable costs.

3)      55 countries worldwide have banned asbestos.  The United States still has not.

1)      Asbestos regulation does exist, including through TSCA, NESHAP, and OSHA.

2)      Existing laws to protect worker and environmental health are sufficient, but are not enforced adequately.