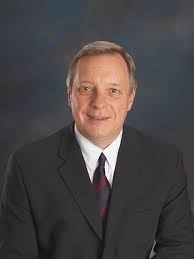 While in Washington, D.C. at the Environmental Working Group (EWG) Senate Briefing “Asbestos: Still Legal. Still Everywhere.”,  the Asbestos Disease Awareness Organization (ADAO) saw the introduction of a promising new bill – the Reducing Exposure to Asbestos Database (READ) Act. The READ Act, introduced by long term ADAO supporter and Senate Minority Whip, Senator Dick Durbin (D-IL), attempts to, “amend the Asbestos Information Act of 1988 to establish a public database of asbestos-containing products, to require public disclosure of information pertaining to the manufacture, processing, distribution, and use of asbestos-containing products in the United States, and for other purposes.” More simply put, this bill attempts to increase public awareness on asbestos exposure in the United States.

Linda Reistein, ADAO President and Co-founder, stated that, “As a mesothelioma widow and co-founder of the Asbestos Disease Awareness Organization (ADAO), I strongly support the Reducing Exposure to Asbestos Database (READ) Act.  For more than a century, asbestos exposure has been known to cause debilitating diseases and deaths.  Worse yet, most Americans cannot identify asbestos or manage the risk.  Undoubtedly, the READ Act will save lives and dollars.  One life lost from a preventable asbestos-caused disease is tragic, hundreds of thousand is unconscionable.”

For historical context, President Ronald Reagan signed the Asbestos Information Act into law in 1988.  The Act required manufacturers and processors to report products contaminated with asbestos to the Environmental Protection Agency (EPA).  This information was then directed to the Federal Register for publishing as a one-time reporting requirement. This poor reporting technique ensured that the majority of American citizens at risk to asbestos exposure never knew they were in danger.

Almost 30 years and thousands of mesothelioma deaths later, the READ Act hopes to update and reinforce elements of the 1988 law.  The READ Act will provide Americans with transparent, accessible, and current information about known locations of asbestos-containing products; amend the Asbestos Information Act to require those who manufacture, import, or otherwise handle asbestos-containing products to annually report product location-specific information to the Environmental Protection Agency (EPA); and make this information publicly available through the EPA on a searchable internet database.

Senator Durbin spoke about the bill stating, “Every year, far too many Americans and their families suffer the deadly consequences of asbestos exposure. The goal of this legislation is simple: increase the transparency and accessibility of data informing the public about where asbestos is known to be present. This information will increase awareness, reduce exposure, and help save lives.” ADAO is thrilled to see a new bill proposed to reduce harmful asbestos exposure and applauds Senator Durbin for his bravery and commitment to public health. Senator Durbin was also awarded the ADAO Tribute of Hope Award at the 2010 Asbestos Awareness Conference for his efforts to promote awareness of the hazards of asbestos and to reduce the presence of asbestos in American products.

Since 2004, ADAO has been dedicated to education, advocacy, and community support.  As such, we strongly support the Reducing Exposure to Asbestos Database (READ) Act. Until the United States finally bans asbestos, it is critical that our legislators provide U.S. consumers, workers, and families with as much information as possible about asbestos-containing products and how to minimize exposure.  This Act and the database proposed will help Americans avoid potential exposure to asbestos and, undoubtedly, save lives.  It will also continue to drive the reduction – and ultimate ban –  of asbestos in the U.S.