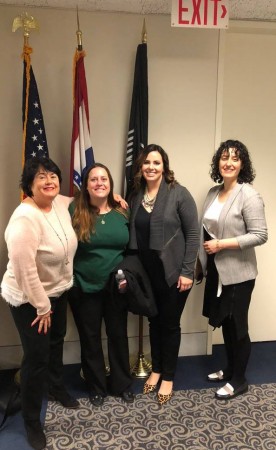 Since the Asbestos Disease Awareness Organization (ADAO) first began our advocacy efforts in 2004, so much has happened in the United States and around the world in support of the U.S. Environmental Protection Agency (EPA) banning asbestos once and for all. Policies and decisions, including dangerous regulatory rollbacks, made by this current administration have posed a severe risk to public health. We are grateful for our allies in Congress who continue to put pressure on the EPA to ensure accountability and transparency from the agency.

There is global consensus – asbestos is a known carcinogen and there is no safe level of exposure. As written, the TSCA reform allows continued use of asbestos in manufacturing, processing, distribution, and disposal. ADAO had the opportunity to visit Washington D.C. and attend the U.S. House Energy and Commerce hearing, where EPA Administrator Scott Pruitt was questioned about the potent regulatory rollbacks, atrocious chemical industry influence in the EPA, TSCA implementation, and other areas of deep concern. During the hearing, Congressman Pallone pressed Mr. Pruitt on asbestos, TSCA and condition of use, U.S. imports from Brazil, and the new Brazilian Supreme Court decision to ban asbestos (well done, Brazil!). Watch Congressman Pallone’s fiery series of questions in the embedded video below. Dr. Barry Castleman, shared, “The receptivity of the Republican senate offices was strong and staffers agreed asbestos imports must cease. This signals probable cosponsorship support for The Alan Reinstein Ban Asbestos Now Act, which is presently championed by eight Democratic senators.” 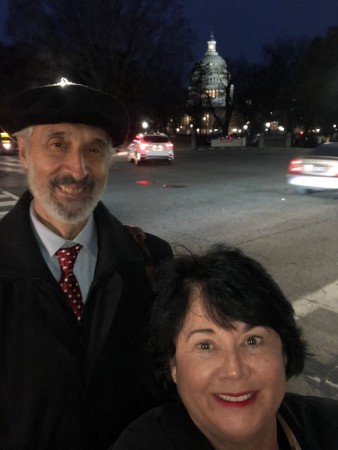 ADAO issued a press release last week to applaud Brazil’s monumental decision to ban asbestos and encourage the U.S. to follow their leadership. Mr. Pruitt agreed that Mr. Pallone’s concern that excluding asbestos use and disposal would “not be scientifically valid and not protective of public health.”  In addition to asbestos, Mr. Pruitt testified that he did not ask Nancy Beck to recuse herself from the framework rule-making. Many NGOs, scientists, and trade unions share our concerns and feel June EPA efforts are inconsistent with the statue because of Nancy Beck’s involvement in the process. To watch the full hearing, head to this link.

While working in D.C., we also had the opportunity to educate U.S. House and Senate staffers on asbestos while encouraging their bosses to support the Alan Reinstein Ban Asbestos Now bill. We are grateful for the warriors, family members, and ADAO leadership who were able to join to share their powerful stories and educate Congressional leaders about asbestos – a huge thank you to Melissa, Maggie, and Barry for your courage and time. Melissa Blenker said, “It was amazing to see all the work being done ‘behind the scenes’ that supporters never see. I’m confident we will see a ban on asbestos.” Until there is a universal ban, our fight continues. Stay tuned for ways to make your voice heard on our next trip to our nation’s capital!