May 2, 2013: Let the Truth Be Told about Asbestos Abatement in Williamsburg, Brooklyn

Every day, 30 Americans die from a preventable asbestos caused disease, and exposure continues.  I have grave 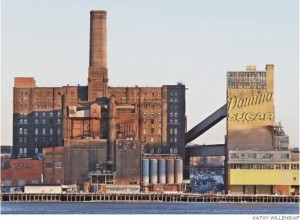 concerns about the asbestos abatement and demolition occurring at the Domino Sugar Refinery owned by Two Trees in Brooklyn, New York.  The community of Williamsburg, Brooklyn feels at risk.

Asbestos is a carcinogen and there is no safe level of exposure.

According to National Emission Standards for Hazardous Air Pollutants (NESHAP), “…Visible emissions means any emissions, which are visually detectable without the aid of instruments, coming from regulated asbestos-containing material (RACM) or asbestos-containing waste material.”

In an April 10th New York Daily News article, Richard Weiss, spokesman for Local Union 78, the Union that represents asbestos abatement workers in New York, New Jersey and Long Island, was quoted as saying “given their history, and the serious actions state and city officials took in barring this company, it is clear that they are not up to performing a job of this magnitude in a safe and responsible manner.”  Jeremy Soffin, Two Trees spokesperson stated, “We are fully confident they will do the job safely and effectively,” and “As required by law, an independent environmental monitor will be on site to ensure that all of the work is done safely.”  Yet in 2012, New York Insulation was debarred from performing public work in New York State for wage theft and lying to government agencies on official documents. 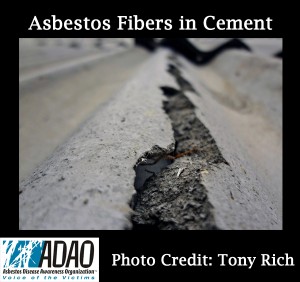 According to U.S. Surgeon General Dr. Regina Benjamin, “Activity that disturbs asbestos causes small asbestos fibers to float in the air.  Inhaling these fibers leads to asbestos-related diseases.  Three of the major health effects associated with asbestos exposure are lung cancer; mesothelioma, a rare form of cancer that is found in the thin lining of the lungs, chest, abdomen and heart;  and asbestosis, a serious progressive, long-term, non-cancer disease of the lungs.”

Lastly, I am very concerned about the CREATIVETIME GALA event scheduled at the Domino Sugar Refinery on April 30, 2013.  There may be as many as 500 guests and staff exposed to asbestos.

On behalf of the Asbestos Disease Awareness Organization and the community of Williamsburg, Brooklyn we are requesting:

We request that the local, state, and federal government agencies fax documents and  reports to ADAO by Friday, April 19, 2013.

As a mesothelioma widow and ADAO co-founder, we need to take a stand for demanding clean air and let developers know that AIR RIGHTS isn’t about what you see, it’s about what we breathe.  Together, we demand the transparency to protect our livelihood.