This week, we would like to honor the story of Jim, as shared by his daughter Jennifer, who is a part of our ADAO family. We encourage you to submit your personal stories by clicking here and following the simple instructions on the page. In sharing, comes healing. Remember, you are not alone. 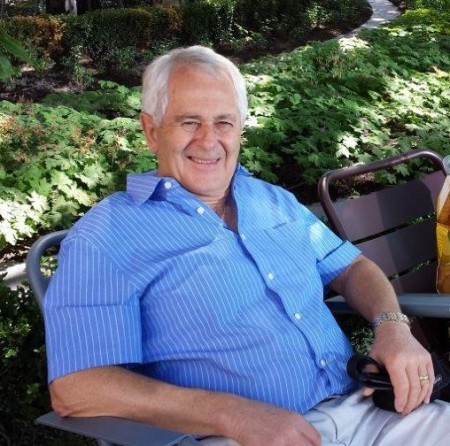 How has asbestos changed your life? (As shared by his daughter Jennifer)

My father was diagnosed with mesothelioma early January 2015. It came as a complete shock to everyone. Dad had hardly ever been sick apart from the very occasional bad cold.

It turns out my father worked as a motor mechanic in the 1950’s only for about 4 years before becoming an accountant for the rest of his career.

From that day of diagnosis my father was told he had a limited life span and to “get his affairs in order”.

It was very distressing for my parents and family to hear that.

The months after his diagnosis in January he was constantly in severe pain from the cancer which was already advanced at time of diagnosis and had spread from the right lung to all over the chest, back and ribs on the right side. It took many months to get the severe pain under control, he couldn’t even sleep in the bed at home, he slept in a recliner chair due to the pain of lying down.

My father and mother’s life, as mine, for the whole of 2015 until his passing became a constant blur of hospital appointments, numerous emergency hospital trips, lengthy hospital stays, treatments, research, and discussions about his condition. Due to the pain and fatigue, he became a prisoner in his own home when he wasn’t at the hospital. He completely lost all quality of life. My parents had booked numerous travel adventures this year and social activities. All had to be cancelled.

We hoped and prayed for a miracle cure but that wasn’t to be.

My father withstood treatment including a pleurodesis surgery, chemo, a blinded clinical trial (we think he sadly received the placebo), and a new immunotherapy drug. He also suffered many other problems as a result of his disease and had multiple blood transfusions, heart problems due to the cancer, collapsed veins, and kidney issues amongst other things.

The last 5 weeks he deteriorated very quickly and required oxygen. We still hoped for a miracle cure.

My father fought the most courageous battle against this disease. He had the most aggressive cell type so the odds were always against him. Still he battled on bravely.

Unfortunately he became weaker and weaker in August and September. We were told that he would pass away multiple times in September. It was still an enormous shock when he finally did on 13th September.

You still hope against hope that it won’t happen. At the same time it is absolute torture seeing the person your mother, family and yourself loves so much suffering so badly that you find yourself wanting peace for them, and to be ridden of such suffering.

Mesothelioma robbed me of my Dad and robbed him of so many years ahead of him if it wasn’t for this insidious disease. My and my brother’s father was also a husband, grandfather, father-in-law, uncle, and friend. In the many months suffering so badly with this disease, my father was surrounded by family, at the end often staying with him overnight in his hospital room.

We pray my brave father is now at peace, free of suffering and in Heaven.