Skip to content
Home/Blog/Asbestos: Death to the Dust! Hail to the People!

Asbestos: Death to the Dust! Hail to the People!

It was reported yesterday in the Toronto Globe and Mail that the Canadian Federal Industry Minister Christian Paradis announced that the federal government will “no longer oppose global rules that restrict use and shipment of the substance” and that “Ottawa will offer up to $50-million to help towns dependent on the industry diversify their economies.” 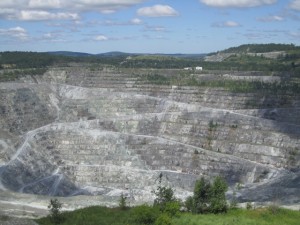 Shock waves circled the globe in minutes as news that 130 years of Canadian asbestos mining and lucrative asbestos export business to Asia, the USA, and other countries would end.  Secondly, this announcement means the Canadian government will no longer support the mining and exportation of chrysotile asbestos or oppose the listing of chrysotile asbestos as a hazardous substance on the “prior informed consent” (PIC) listing at the Rotterdam Convention. Adding chrysotile asbestos, a known human carcinogen, to the PIC list would require exporters to fill out forms listing risks and safe handling procedures.

History is a great teacher to those who listen. Quebec’s asbestos industry has been under fire, as seen in The Daily Show with Jon Stewart  “Ored to Death.”  There is nothing funny about asbestos-caused diseases, including mesothelioma; however, as a mesothelioma widow and Asbestos Disease Awareness Organization  (ADAO) co-founder, I enjoyed the global applause when Aasif Mandvi asked Bernard Coulombe, a top Jeffrey mine executive, a simple question.  “Does ‘asbestos’ mean something different in French than it does in English?,” asked Mandvi, “Because in English it means slow, hacking death.”

Don’t be fooled.  In 2004, World Health Organization reported “asbestos-related lung cancer, mesothelioma and asbestosis from occupational exposures resulted in 107,000 deaths.” Only 55 countries have banned asbestos and the recent Brazil Supreme Court asbestos hearing proved the asbestos industry remains powerful and committed to investing time and money to keep this toxic trade alive. 2011 USGS data shows Russia remains the largest asbestos producer.  The Chrysotile Institute lobbyists continue to use the “ABC Defense” (Anything but Chrysotile) to propagandize, promote, and legitimize the “safe and controlled use” of chrysotile asbestos.

We can embrace unity and acknowledge the power of collective activism with the landmark Federal announcement.  For those who have dedicated decades, years, months, days, or minutes to this cause – we thank you.  As I always say, “Together, change is possible.”