Skip to content
Home/Blog/“Asbestos: Still Legal and Lethal in Canada and the United States”

“Asbestos: Still Legal and Lethal in Canada and the United States” 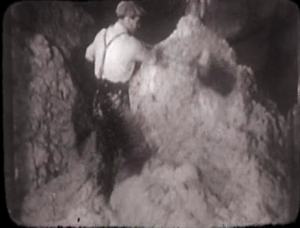 Last night, I cried after watching the CBC News Network video “Fatal Deception.” The news report highlighted inconsistencies and deceptions involved in a McGill University study on asbestos safety, the exposure of Canadian miners to asbestos, and their resulting asbestos-related health issues. The McGill study cited is flawed, lacks transparency, and contains manipulated data says Dr. David Egilman, a professor at Brown University, health activist, and longtime asbestos industry critic.  Dr. Bruce Case, the McGill scientist featured in the video, at one point outright refused to share details of the study, further raising questions about its credibility. Not surprisingly, documents exposed show that government and industry funded the study with a vested interest in its results.

Asbestos has been proven a human carcinogen, yet the Canadian government is thinking of reopening the Jeffrey Mine to expand the amount of asbestos mined and exported to developing countries.  The truth that the Canadian government and asbestos industry are trying to hide is that many workers and their families involved in the asbestos industry have fallen victim to the “miracle fiber” because the industry failed to provide the necessary precautions or even access to victims’ medical records.  As reported in this story, Heidi is one of these victims.  Mesothelioma claimed the lives of both her father, Wolfgang, a factory worker, and her mother, Doreen, who dutifully washed her husband’s work clothes every day.  Just recently, her sister was also diagnosed with calcified pleural plaques.  Yet she is not defeated; she courageously stands up against the government and asbestos industry, advocating for a ban of the mining and exportation of asbestos. Thank you, Heidi, for sharing the stories of your father, Wolfgang, and mother, Doreen, and standing up for what’s right!

This report could not have come at a more interesting time.  Just this week, ADAO published a blog referencing the U.S. Geological Report that shows that imports of asbestos into the U.S. are actually on the rise!

If you want to prevent tragedies like Heidi’s, you can: