“I Will Not Die in Vain” – Louise’s Story 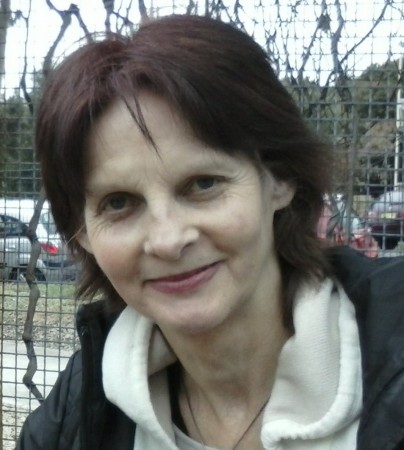 I want to start this blog with the facts. I’m dying from mesothelioma. But I refuse to die in vain. If there is one wish I have, it’s that the main legacy of asbestos warriors like me will be that we helped create a foundation for a global ban on asbestos. I lost my father to it. I’ve attended over 60 funerals of victims who died from asbestos disease. Enough is enough.

Since my father was first diagnosed in 1985 at the age of 54, dying less than a year later, I was determined to do something to make a difference. Since my own diagnosis in 2003 and subsequent battle with meso, I have continued my passion for global awareness and unity. Only in unity can we truly ban this horrific and lethal mineral.

As I write this, enjoying each moment of each precious day – which have become even more precious to me as I reach the final stages of my journey – I am struck with hope. I still have hope that we will one day, in the not too distant future, see a world without asbestos.

Global Asbestos Awareness Week is coming up April 1 – April 7.  As the Australian Director of the Global Ban Asbestos Network (GBAN), Social Media Awareness Officer of the Asbestos Diseases Foundation of Australia (ADFA), and volunteer for the Asbestos Disease Awareness Organization (ADAO), I am passionate about how powerful this effort really is. Asbestos knows no geographic boundaries. It doesn’t discriminate. It is a killer. And it’s time to stop it in its tracks.

There are a series of presentations and many opportunities to get involved over the course of this week. I want to share the “Top Five Asbestos Facts” –  as they  highlights some of the most important facts about asbestos and why we need a ban:

FACT 1:  Asbestos is a known human carcinogen and there is no safe level of asbestos exposure.

FACT 2:  Only 55 countries have banned asbestos. The United States and Canada are the only two industrial western nations not to ban asbestos.

FACT 4:  More than 107,000 people die each year from asbestos-related diseases.

FACT 5:  While promising research continues, prevention remains the only cure for mesothelioma and other asbestos-caused diseases.

I will not die in vain. Asbestos, one day your funeral will also come, and it will be a time for rejoicing and bidding you a very hearty farewell.

Remember, there is power in unity. And with unity, we will one day see a global asbestos ban.