Until the filing of any motion for clarification, the declaration of unconstitutionality will apply only to the states that prohibit or ban the use of asbestos as a raw material; hence, Eternit will continue mining operations.  Linda 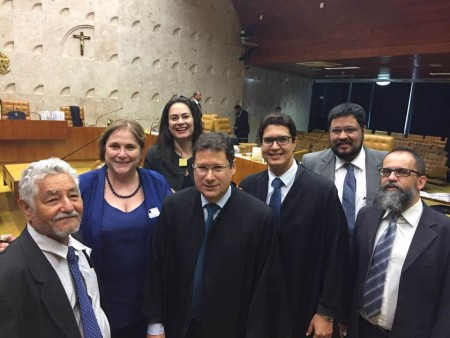 In a vote of 7 to 2, the Brazilian Supreme Federal Court (STF) ruled to ban the mining, use, and commercialization of asbestos. This landmark decision, sounds a clarion call reaffirming there is no safe or controlled use of asbestos.

Brazil has been the world’s third largest asbestos producer and major exporter of deadly asbestos. The scientific evidence is irrefutable, “all forms of asbestos, including chrysotile, are carcinogenic to humans.” According to the World Health Organization, “About 125 million people in the world are exposed to asbestos at the workplace.”

For a century, the USA has been leading the race to the bottom by allowing the mining, manufacturing, and use to continue. Since 2013, the USA has spent an estimated 4 million dollars buying tons of asbestos from Brazil to be used by chlor-alkali industry. 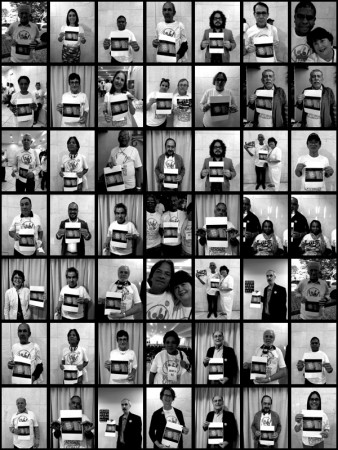 Fernanda Giannasi, who has been a volunteer for the Associação Brasileira dos Expostos ao Amianto (ABREA) since it was founded in 1995 shared, “This decision has been expected for more than 2 decades. There were 2 full day public hearings in 2012 where ADAO’s members attended and testified, as Drs. Arthur Frank and Barry Castleman, in opposition to the asbestos’ lobbyists, especially Canadians and Russians

The trial last August which didn’t reach the necessary constitutional quorum to revoke the federal law that allows the controlled use of asbestos caused an enormous frustration to ABREA’s members because it was understood that only the state law of São Paulo was valid and it was necessary to approve more laws in every state of our federation with 26 states more the federal district. This could delay for decades since only 11 of these States had already approved laws that banned asbestos.

Now, all this is past and we had this week the decision that changed the history of one century of the exploration and use of the killer fiber in Brazil. The Supreme Court (STF) decided that asbestos is banned in the whole country. No more doubts and the quorum was reached.  Now we only have to celebrate this major achievement to the public health this year with hope that it can contribute and accelerate the global ban of the carcinogenic asbestos.”

“Congratulations to Brazil, the first country that has banned asbestos even as active asbestos mines were operating,” said Dr. Barry Castleman.  “This is the result of an extraordinary social movement that now, with the pending ban by Canada, opens the final chapter on ending asbestos use in the Americas.  Way past time for the US to ban asbestos, too.  We now face the prospect of importing Russian asbestos and asbestos propaganda, all because US chlorine producers want to go on using asbestos.”

In light of the breaking news, Dr. Arthur Frank said, “After years of careful deliberation and listening to all sides on the issue of the safe use of chrysotile the Brazilian Supreme Court has reached the only safe and sound decision and has voted to protect the lives of Brazilians and many others and needs to be applauded, and I only wish were so enlightened in the USA.”

ADAO sends our heartfelt congratulations to the Associção Brasileira dos Expostos ao Amianto (ABREA), trade unions, and the legal team on this significant verdict — not only for Brazil, but the world.