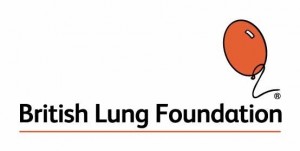 The British Lung Foundation has launched a an asbestos awareness campaign called Take 5 and Stay Alive, which is aimed at people who might do casual Do It Yourself (DIY) work around the house. Any building built in the UK before 1999 may contain asbestos, so it is very important that people are aware of asbestos as a potential hazard when doing DIY. In addition to a television advertising and a press campaign, the British Lung Foundation has set up a microsite www.take5andstayalive.com where people can get more information and advice on where you might find asbestos around the house, and what to do if you do find it.

“Asbestos may have been banned from use in all buildings in Britain in 1999, but we are still seeing the effects of asbestos on those who have been exposed, and will do for some time. Furthermore, many homes in the UK were constructed when asbestos was widely in use, and unless the public are aware of asbestos, they risk being exposed while doing work around the house.”

“Globally, the situation is very varied, with asbestos still being widely used in the developing world. We welcome Global Asbestos Awareness Week as a moment to take note of asbestos as an issue that has an impact on virtually every country worldwide”

Furthermore, the topic of the British Lung Foundation’s flagship campaign Breathe Easy Week will this year be asbestos awareness, running from 18-24 June.