Skip to content
Home/Blog/Let the Truth Be Told about Asbestos Abatement in Williamsburg, Brooklyn

Let the Truth Be Told about Asbestos Abatement in Williamsburg, Brooklyn 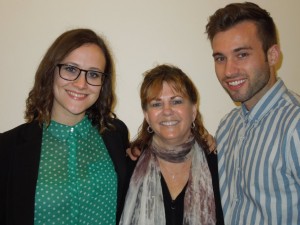 The Asbestos Disease Awareness Organization (ADAO) was invited to give a presentation “Asbestos: Exposing the Truth” at a town hall meeting on April 29, 2013, in Williamsburg, Brooklyn. Forty people from the community attended to learn the facts about asbestos, as well as the risks from exposure and abatement. The presentation was part of our Community Right to Know Initiative, which seeks clarity, transparency, oversight, and enforcement to prevent asbestos exposure. Ellen Patton, mesothelioma patient, also attended and spoke up and out about “take-home” exposure.

Shockingly, prior to the town hall meeting, I read a letter addressed to me from the New York City Department of Environmental Protection (NYCDEP) by way of a long email loop from which I was initially excluded.  After reading the letter, I called Mr. Michael Gilsenan, Assistant Commissioner of DEP and asked him why and how my letter was sent to the developers of the Domino Sugar Refinery before I had received the letter.  In my conversation with Mr. Gilsenan, he told me that his letter to me was ‘public.’  In response, I have requested the same accommodation; I have asked NYCDEP to send me copies of all of their letters to Two Trees Management (the Domino Sugar Refinery developers) and/or New York Insulation (the company hired to complete asbestos abatement at the Domino Sugar Refinery) from January 1, 2013 to present.

The NYCDEP and 3rd party air monitoring company, Emteque LLC, have stated that there have been no violations of asbestos abatement regulations, but I remain concerned, as I have yet to read any report that addresses the breaking of asbestos-containing material that was done on the roof of the refinery and captured on video by a local resident.  You can view and share the PowerPoint and the  “Open air asbestos abatement at Domino Sugar Refinery, Williamsburg, Brooklyn.” video below.

Let the truth be told.