United States law and regulation allow commerce in products containing asbestos either as an ingredient or as a contaminant.  The public lacks awareness of where asbestos might be found in our everyday environment.  Inadequate regulation and awareness combine to pose a dangerous potential for undisclosed asbestos content in everyday products on American store shelves. 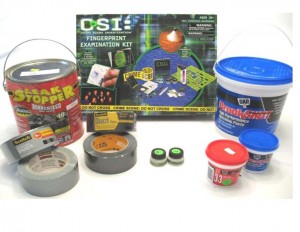 From 2007 to 2009, to discover the truth, ADAO sponsored and managed a carefully controlled examination of various household products for asbestos content.  Three independent laboratories analyzed multiple samples of over 250 diverse products commonly used by homemakers and children, including foods, drugs, toiletries, cosmetics, hardware, cleaning products, and children’s toys.  The laboratories identified multiple products as containing asbestos.  The starkest example was a children’s toy fingerprint examination kit, which was subsequently withdrawn from the market following independent confirmation by the states of Connecticut and New York.  The full project reports are available on ADAO’s website.

ADAO’s product testing project was only meant to establish whether a hidden danger exists.  We learned that it does and that it is likely quite widespread.  If American men, women and children are to be protected, even in their very homes, asbestos must be effectively banned as an ingredient or contaminant in all products, and this ban must be enforced through mandatory testing at the national level.

*Paul Zygielbaum is the Product Testing Project Manager for ADAO. Paul was diagnosed with peritoneal mesothelioma in 2004. He remains a dedicated advocate.

Asbestos in the Americas
April 6th

Countries in the Americas are important stakeholders in the asbestos industry. From 1900 to 2008, asbestos consumption in the Americas was 43+ million tonnes. As a result of the widespread use of thousands of tainted products, human beings, infrastructures and environments were contaminated. Epidemics of asbestos disease have been documented in the United States, Canada, Brazil and Mexico; elsewhere the situation is unclear due to lack of data. The mesothelioma death last year of Hollywood columnist Army Archerd attracted much media attention; the same cannot be said for thousands of other asbestos deaths throughout North, South and Central America. Current high-profile examples of the residual problems stemming from asbestos pollution include remediation work ongoing at iconic buildings such as the U.S. Capitol, the Canadian Parliament and the United Nations headquarters.

Conclusion: Asbestos exposure which is too dangerous for American politicians and diplomats, is not, so our governments maintain, problematic for everyone else.

Much of the asbestos used in the Americas was “home grown.” From 1900 to 2008, more than 70 million tonnes of asbestos was sourced from mines in Canada, Brazil and the U.S. We grew it, used it and sold it. We were so good at producing asbestos, that our output exceeded demand; as a result, millions of tonnes were exported.

Conclusion: Asbestos stakeholders in the Americas contribute to the contamination of their own and neighboring countries.

Of the scores of multinational bodies, agencies and groups working throughout the Americas, evidence of asbestos policies could not be found for any of them; the exception being the Pan American Health Organization (PAHO).

Conclusion: Global organizations, regional bodies, and national authorities in the Americas have neither acknowledged nor acted on the asbestos hazard; as a result of their malign neglect, millions of Americans have been exposed to the world’s worst industrial killer – these exposures continue.

Nothing is more important than the sanctity of human life. As representatives from the U.S., Canada, and Brazil gather together for the 6th annual conference of the Asbestos Diseases Awareness Organization on April 10, 2010 we affirm our determination to end the misery caused by asbestos. In pursuit of this objective, we have issued The Call to the Americas – Ban Asbestos Now.

* Laurie Kazan-Allen is the Founder and Co-coordinator of the International Ban Asbestos Secretariat (IBAS), an independent body set up in 1999 to campaign for a global ban on asbestos and justice for all asbestos victims. She is an adviser to the UK All Party Parliamentary Group on Occupational Safety and Health. She will present at ADAO’s 6th International Asbestos Awareness Conference on April 10th.

April 5th Arthur L. Frank, PhD, MD, Professor of Public Health and Chair of the Department of Environmental and Occupational Medicine at the Drexel University School of Public Health in Philadelphia and ADAO Science Advisory Board Co-Chair