This week, I had the privilege of interviewing Dr. Richard Lemen about his thoughts regarding Brazil’s Supreme Court hearings about asbestos. Dr. Lemen is a distinguished epidemiologist and a tireless advocate for asbestos victims, and I am honored to share his interview. 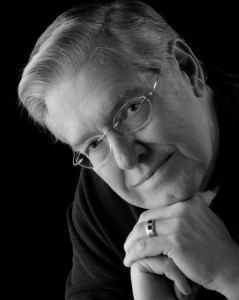 Richard Lemen, PhD is a retired Assistant Surgeon General of the United States and Rear Admiral of the United States Public Health Service. He also served as the Acting Director and the Deputy Director of the National Institution for Occupational Safety and Health (NIOSH) before his retirement. Dr. Lemen holds a PhD in Epidemiology from the University of Cincinnati and has been a practicing epidemiologist for more than forty years. A world-renowned author, speaker, and lecturer, he has taught graduate level courses on environmental and occupational health issues at the Rollins School of Public Health at Emory University, published dozens of scientific papers, and served on a multitude of national and international panels and committees. On numerous occasions, Dr. Lemen has served as a witness before the U.S. Congress on issues related to toxic substances and testified in civil cases brought by victims of asbestos-related disease. He currently serves as Co-Chairman of ADAO’s Science Advisory Board. At ADAO’s 8th International Asbestos Awareness Conference last year, he was honored with the Dr. Irving Selikoff Lifetime Achievement Award.

LINDA: Dr. Lemen, when did you first recognize that asbestos exposure causes diseases?

DR. LEMEN: I first became aware of asbestos-related disease in graduate school in 1969. Little did I know that I would see it firsthand when assigned to the United States Public Health Service Industry-wide study of asbestos workers.

LINDA: Where were you working when you made this important connection?

DR. LEMEN: I was with the US Public Health Service traveling throughout the United States when I visited the worksites of the Pittsburgh Corning plants in Texas and Pennsylvania, where asbestos thermal pipe was being made from 65% plus amosite asbestos and where over 50% of the active workforce suffered from fibrosis and shortness of breath.

LINDA: How long did you work in the HHS?

DR. LEMEN: I worked for the USPHS for over 26 years, starting as an epidemiologist/industrial hygienist and concluding as an Assistant Surgeon General of the United States.

LINDA: As an epidemiologist, what was your first action or recommendation and to whom?

LINDA: Tell me how you think the witnesses testifying at the Supreme Court hearing will impact judicial deliberations?

DR. LEMEN: I am not sure how the witnesses testifying before the Brazilian Supreme Court will impact the United States court system, but you can rest assured that the testimonies will be replayed in U.S. courts over and over again by both those defending asbestos purveyors as to why their product or actions did not cause harm and by those who are representing individuals who have become sick and died of asbestos-related diseases.

LINDA: In your expert opinion, what will the impact be nationally and internationally on efforts to ban asbestos if the Court rules that the existing law is unconstitutional and that there is safe and controlled use of asbestos?

DR. LEMEN: If the Brazilian Supreme Court rules in favor of the asbestos purveyors, this will set back our efforts to rid the world from regulating and/or using this dangerous and deadly material.

LINDA: How will the Brazil ruling impact the United States?

DR. LEMEN: The final ruling of the Brazilian Supreme Court will definitely affect the efforts in the United States to ban asbestos.  If they rule that the existing law is constitutional, it will have some impact. But if it goes the other way, it will be used very strongly to allow asbestos to continue being used in the U.S.

LINDA: If you could only reference one study, document, or book, what would that be?

DR. LEMEN: If I were to recommend one or two non-scientific books, it would be Expendable Americans by Paul Brodeur and Magic Mineral to Killer Dust: Turner & Newall and the Asbestos Hazard by Geoffrey Tweedale.  Both of these books tell the devastation of asbestos-related diseases and why the current pandemic of asbestos disease and death could and should have been prevented.

LINDA: History is a great teacher to those who listen. Why are the scientific facts ignored?

DR. LEMEN: Scientific facts which interfere with the markets of the world are always the last to be acted upon because, as John Kenneth Galbraith discusses in his short essay “The Economics of Innocent Fraud,” the market, a nondescript non-being, has no conscience or responsibility.

LINDA: If you could speak to Dr. Selikoff today, what would you tell him about the past 30 years?

DR. LEMEN: I would tell him that his efforts to bring to light the hazards of asbestos are continuing to move forward but have not done so fast enough and that his worst fears are being realized that thousands upon thousands still contract, suffer, and die of asbestos-related diseases.  It is the innocent who suffer and the “money changers” who thrive.  The good news is that we are much more likely today to, not only expose those who were once described by Galbraith as the nondescript non-beings behind the “Markets,” but ensure that their criminal actions are being called forward to be answered for, such as were those who ran Eternit. Thank you Dr. Selikoff for your untiring efforts on behalf of all asbestos victims.

LINDA: Dr. Lemen, thank you for the 42 years you have dedicated to raise asbestos awareness and promote efforts to ban asbestos.