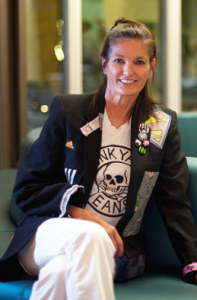 On July 25th, ADAO is hosting a press conference where McQueen will discuss her late husband’s December 1979 diagnosis as well as the physical and emotional pain he endured as a result of trying to find mesothelioma treatment in the U.S. and Mexico.  McQueen, author/photographer and former model, will unveil her new book “Steve McQueen: The Last Mile…Revisited,” which details her life with her husband, the late silver screen icon, Steve McQueen – including his battle with mesothelioma.  In support of education, McQueen has dedicated a page to asbestos awareness in “Steve McQueen: The Last Mile…Revisited.”  Linda Reinstein, ADAO Co-Founder, will then discuss the consumer, environmental, and occupational exposure in USA and show technical advances in alternative fibers.

“Mesothelioma is a horrible disease. It robbed me of my life and future with Steve and took away an icon beloved by millions around the world,” said Barbara McQueen. “Most people think that asbestos is banned in America but that’s not true. I want to ask President Obama and Congress to get off the bench, get in the game, and immediately ban the importation and use of asbestos,” stated McQueen. “By coming to Washington, D.C., I want to bring awareness that asbestos is still legal in the U.S. and continues to kill. It can kill a movie star, a musician or a construction worker. It takes no prisoners.”

Known as cinema’s “King of Cool,” Steve McQueen was a proud veteran of the U.S. Marine Corps from 1947 to 1950. He believed he contracted mesothelioma as a result of removing asbestos-filled insulation from the massive pipes in a ship’s hold while working in the Washington, D.C. Navy Yard. It is also possible the actor and racing enthusiast was exposed to significant amounts of asbestos on New York and Hollywood sound stages or in his protective racing suits and helmets.

“Tragically, Steve McQueen, an American legend, lost his life at age 50 to a preventable asbestos-caused disease. The facts are irrefutable and the United States Surgeon General, Environmental Protection Agency, the World Health Organization, and International Labour Organization agree, asbestos is a known human carcinogen and there is no safe level of exposure,” said Reinstein. “History is a great teacher to those who listen. As the legislative history shows, asbestos is still legal and lethal in the United States. Although asbestos has not been mined in the USA since 2002, we imported 1,100 tons of chrysotile asbestos from January to July 2011 to ‘meet manufacturing needs’.”

Earlier this year the late actor’s gallant fight against mesothelioma was also recognized with the Warren Zevon “Keep Me in Your Heart” Memorial Tribute Award, presented by recording artist Jordan Zevon, son of the late Warren Zevon and ADAO national spokesman, on March 31, 2012 in Los Angeles.

Over 30 years ago the International Agency for Research on Cancer (IARC) declared asbestos to be a human carcinogen. The World Health Organization estimates the mineral, regardless of the type, causes 107,000 preventable deaths each year around the world. “Presently, the only two ways to eliminate environmental and occupational asbestos-caused diseases are prevention and a cure,” stated Reinstein, “One life lost to an asbestos disease is tragic; hundreds of thousands of lives lost is unconscionable.”

About Asbestos Disease Awareness Organization
Asbestos Disease Awareness Organization (ADAO) was founded by asbestos victims and their families in 2004. ADAO seeks to give asbestos victims and concerned citizens a united voice to raise public awareness about the dangers of asbestos exposure. ADAO is an independent global organization dedicated to preventing asbestos-related diseases through education, advocacy, and community. For more information, visit www.asbestosdiseaseawareness.org.

About Barbara McQueen
Barbara Minty McQueen is the widow of American film star Steve McQueen and is a former model and photographer. She is also the author of Steve McQueen: The Last Mile…Revisited (Dalton Watson Fine Books, 2012), which documents their three-and-a-half year relationship and includes candid shots from 1977 to 1980.  McQueen has hosted several art exhibits of her work with shows in London, Tokyo, Hamburg, San Francisco, Nashville, Phoenix and Idaho, where she resides.