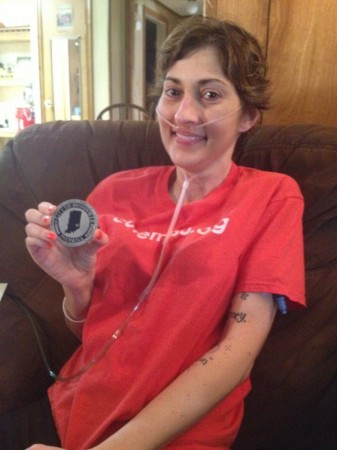 The Asbestos Disease Awareness Organization (ADAO) applauds the city of Rushville, Indiana and its residents for their endless support to mesothelioma patient and Rushville native, “Wonder Woman” Janelle. Following an announcement that Janelle is entering hospice, a global movement began with thousands of Facebook users changing their profile photo to Janelle’s signature Wonder Woman logo and sharing Janelle’s story. 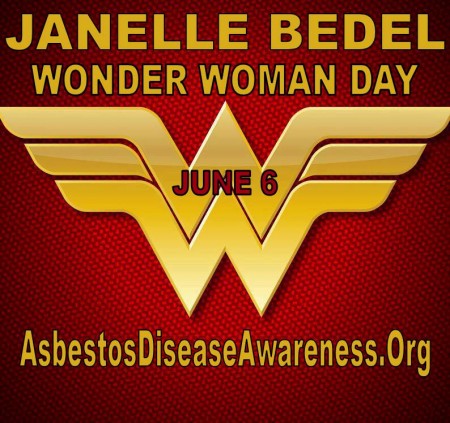 Community members continue to work relentlessly to share Janelle’s story and raise mesothelioma and asbestos awareness. The powerful voices of community members have been recognized by the Mayor of Rushville, Mike Pavey. Mayor Pavey has awarded Janelle a medallion for her efforts and has dedicated June 6th as Janelle Bedel “Wonder Woman” Day in Rushville! Rushville will also now recognize September 26th as Mesothelioma Awareness Day to coincide with National Mesothelioma Awareness Day. 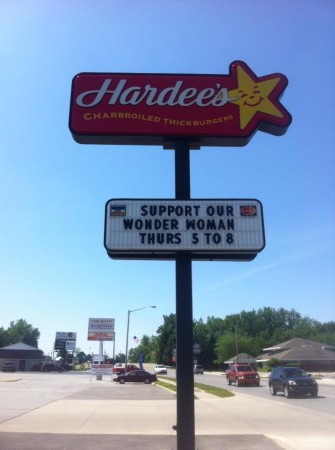 ADAO also extends our gratitude to Rushville, Indiana’s Hardee’s for honoring Janelle and donating a portion of the food sales on June 6th from 5-8pm to Janelle’s charity of choice, ADAO.

I am incredibly proud of mesothelioma patients and families, as well as strangers across the world, for joining together to support mesothelioma warriors and raise awareness about asbestos and mesothelioma. Our voices are louder than ever.