Skip to content
Home/Blog/World Cancer Day: “Stand Up To Cancer!” and End Mesothelioma and other Asbestos-Caused Cancers

World Cancer Day: “Stand Up To Cancer!” and End Mesothelioma and other Asbestos-Caused Cancers 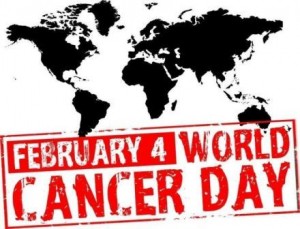 Asbestos-caused cancers continue to claim thousands of lives every year in the United States and asbestos, a known carcinogen, has not been banned. Today is a great day for sharing your feelings and stories with us and throughout your social networks.  Our radical collaboration will fuel efforts to raise awareness to prevent exposure thus eliminating deadly cancers.  As a melanoma survivor and mesothelioma widow, join me, “Stand Up to Cancer.”

World Cancer Day takes place every year on February 4 and represents an initiative under which the entire world can unite in the fight against the global cancer epidemic.  The day, which is coordinated by the International Union Against Cancer (UICC) with support from the World Health Organization (WHO), aims to help save millions of preventable deaths each year by raising awareness and education about cancer and pressing governments and individuals across the world to take action against the disease.  World Cancer Day 2012 has been themed “Together Let’s Do Something” because every person, organization, and government individually needs to do their part in order for the world to be able to reduce premature deaths from cancer by 25% by 2025.

Globally, every month 600,000 people die from cancer and many of these deaths could be prevented with increased governmental support and funding for prevention, detection, and treatment programs.  Asbestos, in particular, has been linked to various forms of cancer including lung cancer and mesothelioma.  Some studies have also suggested an association between exposure to asbestos and gastrointestinal and colorectal cancers, as well as an increased risk for throat, kidney, esophagus, and gallbladder cancers.

[i]
Asbestos has also been shown to cause cancers of the larynx and ovary.[ii] Today, on World Cancer Day, we encourage you to take a stand against asbestos-caused cancers such as mesothelioma by signing the North American Declaration to Eliminate Asbestos-Related Diseases.  Your signature represents the voices of North America’s citizens, as we demand that our government officials cease the mining, exportation, and use of asbestos.

As a melanoma survivor and mesothelioma widow, join me, “Stand Up to Cancer.”  Together, change is possible.

[i] “Asbestos Exposure and Cancer Risk.” National Cancer Institute at the National Institutes of Health. 1 May. 2009. Web. 3 Feb. 2012.  < http://www.cancer.gov/cancertopics/factsheet/Risk/asbestos>.