Skip to content
Home/Blog/Delayed But Not Dead: An Update on the Alan Reinstein Ban Asbestos Now Act and What’s Next in Congress

Delayed But Not Dead: An Update on the Alan Reinstein Ban Asbestos Now Act and What’s Next in Congress

Delayed, but not dead.

Since the Alan Reinstein Ban Asbestos Now Act (ARBAN) (H.R. 1603) was introduced in March 2019, we have had numerous landmark steps bringing us closer to a ban than ever before. On September 29, H.R. 1603 was scheduled for floor consideration by the U.S. House of Representatives under suspension of the rules. Unfortunately, the bill was withdrawn from the Floor schedule without a vote after differences due to new language that was added to the September 25 ARBAN Amendment. 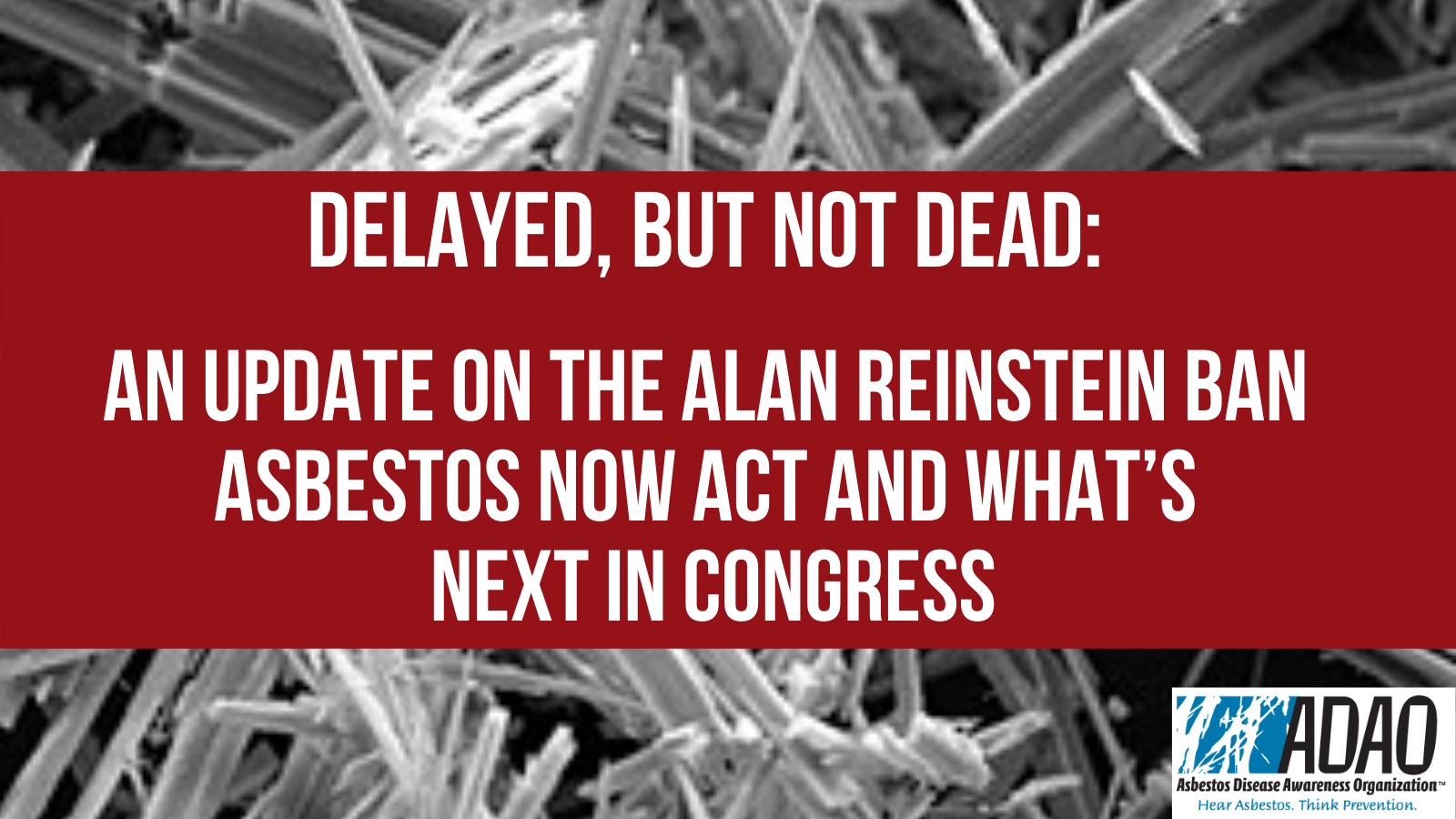 Although ADAO and ARBAN Stakeholders are disappointed, we know that with the bipartisan support we witnessed when the Committee on Energy and Commerce voted 47-1 to report the November 2019 Manager’s Amendment to the full house, we can move the bill forward.

ADAO and ARBAN stakeholders are still pushing Congress to pass H.R. 1603. Here’s why:

We are so close and we are not giving up. On October 16th, ADAO sent a letter to the House Committee on Energy and Commerce Leadership respectfully urging them to resolve the new opposition and concerns in efforts to find a path forward so that H.R. 1603 can return to the House Floor after the election.

We will continue to work on prevention and policy to ensure Congress can ban asbestos, study legacy asbestos, and improve the Chemical Data Reporting rule. Many Warriors have gone to D.C. to share their story in support of banning asbestos; we must fight on for Alan, Paul, Mike, Annamarie, Michael, and many more who have been silenced by asbestos and their families.

Together, we can make a difference and give all Americans an asbestos-free future.