Skip to content
Home/Uncategorized/Asbestos: “Once Upon a Time in Hollywood”

Asbestos: “Once Upon a Time in Hollywood” 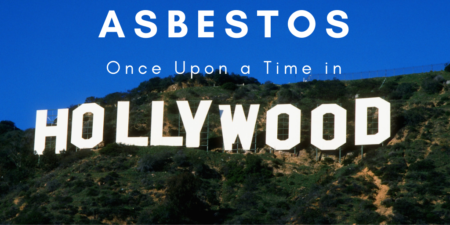 The story is as grisly as it is well-known. On August 8, 1969, three members of Charles Manson’s “family” —Tex Watson, Susan Atkins, and Patricia Krenwinkel — murdered the rising Hollywood star Sharon Tate in her home, alongside four of her friends. Tate’s promising acting career and unborn child, just two weeks from its due date, became both a sensationalized and tragic story. And now that Quinton Tarantino’s dramatization of the event, Once Upon a Time in Hollywood, has drawn 10 Academy Award nominations, Tate’s story is being retold on an entirely new scale to an entirely new generation of Americans.

And though it may originally sound like a stretch, a small footnote on the evening provides an interesting view into the links between Hollywood and the asbestos crisis. In a strange twist of fate, Steve McQueen, another rising star of that era, had plans to be at Sharon Tate’s house the evening of August 8th. McQueen even appears in Tarantino’s film prior to the final murder scenes. But in changing his plans somewhat last-minute, the actor inadvertently saved his own life that night.

However, sadly, McQueen would eventually succumb to mesothelioma, a rare cancer caused solely by asbestos exposure. The actor assumed that his work in Hollywood was actually the cause of his exposure, as the stage insulation and stunt clothing used in that era commonly contained flame-retardant asbestos fibers. Unfortunately, McQueen was not the only celebrity to be exposed to asbestos in Hollywood. This is because it was not uncommon for mid-century production designers to dress their sets and sound stages with asbestos fibers to create the illusion of snow. For example, The Wizard of Oz famously used the carcinogen for this purpose, sprinkling large amounts of asbestos on their principal cast members for a now-famous snow scene. The Bing Crosby film Holiday Inn did the same in another iconic scene.

Hollywood stars, like many other Americans diagnosed with an asbestos-related illness, are usually not involved in some dramatic exposure scare, but simply live in a country crawling with “legacy” asbestos. Exposure is frequently the result of negligent risk assessment policy that refuses to even survey, let alone remove, the asbestos still present in a large number of buildings all over the country. It was the result of corporate lobbying efforts, designed to misinform in the name of profits.

Most importantly, the death of nearly 40,000 Americans each year from asbestos-related illnesses are the result of the lack of a federal asbestos ban. It is time that the federal government passed legislation to protect all of us, Hollywood stars and regular folk alike, from the preventable threat of asbestos. Steve McQueen’s last-minute decision not to see Sharon Tate saved him from one of the most infamous and saddening events of the last century, but it couldn’t protect him from one of the most overlooked: the asbestos crisis.